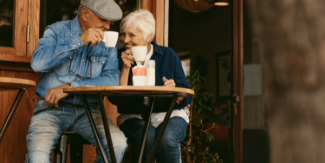 Maintaining A Career, But Working Less, Is the New Goal

Early on in my career, over two decades ago, I met with a client who hated his job so much that he was willing to do anything. I suggested getting away from his current workplace. Like many employees of his generation, he had a pension that required a certain amount of service, and he was struggling to stay there long enough to receive it. He had even developed physical ailments due to the stress of his job.

I still think about that story and how much of an impression it made on me; he was the epitome of misery. With the advent of 401(k) plans and less pensions holding people to jobs these days, thankfully I see this less and less. I clearly remember thinking, “Life is too short to be that miserable on a daily basis.”

Fast forward twenty years and now I see people who are less inclined to retire. They just want to know if they’ll be able to afford to retire if illness or other circumstances require it. Often, they genuinely enjoy what they do and have no intention of leaving until they are forced to.

With many clients, we don’t even call it retirement since many are just gearing up for their second act. “Financial Independence” is their new goal.

While talking about the financial piece in retirement is critical, and in fact often a driver for many clients to engage a financial planner, I have learned over the years that you can only play so many rounds of golf, and the time after you leave work needs to have some meaning.  For many people, their career is how they identify and value themselves, so leaving those jobs can be challenging, no matter how much they claim they want to do so. However, you need to know what you are retiring to, and what is going to give you fulfillment for the decades after you leave.

I experienced this firsthand with my own father, an anesthesiologist who retired in his early 60s. After decades of being on call nights and weekends, he was worn out. Then, after a few months of retirement, he realized that he missed his job but wanted something with more “normal” working hours.

He found a series of locum tenens jobs that let him work weekdays only and he did that for several years before finally retiring again. It meant he could delay tapping his retirement savings, keep up his skills and certifications, and continue doing a job he loved and was good at.

A nurse anesthetist client was widowed suddenly, and she also worked as a locum tenens, since having the routine of a job helped to ease the transition to widowhood. I have several radiologist clients who fill in for full-time doctors are on vacation or pick up hours as their schedule allows. For many people, staying engaged in a career they loved is very rewarding.

One client was a pathologist in a large urban area and her job was quite gruesome at times. She had to testify regularly at trials as an expert witness as part of her job. She worked for the city so once she stayed long enough to get that pension, she retired to do things she never had the time to do. However, since being an expert witness was something that had been part of her job, she now has a new part-time career giving expert testimony in cases. She is compensated for her time and expertise when it is convenient for her and her travel schedule.

I have also seen clients retire and go back as consultants for the company they left. This can be a very attractive option for the employers since often they don’t pay benefits for consultants, and the company gets the expertise of these long-time employees. The consultants often get more flexible schedules and are allowed to take time off to travel or pursue other hobbies as they are not working full-time.

COVID-19 has also made remote working more common so many people can be in a second location and still work, which is very appealing to many.

One client has always been a landscape architect and dabbled in it as her children grew. She had to set it aside when her husband fell ill and subsequently passed away. While she was figuring out what life was going to look like as a widow, a friend asked if she would help her redesign a space in her yard. She agreed and reconnected to the joy she has always found in being a landscape architect. One job has led to another. She only takes projects that feed her joy, but the additional income allows her to also travel when she wishes (or at least pre-COVID).

Another client worked as a therapist at the VA Hospital but found the hours to be grueling and really wanted to open his own practice.  We sat down and he figured out costs and what he could charge. We then determined how many patients he needed to see to make his retirement plan work. He had a business plan with a solid goal and ended up surpassing that target in the first three months of opening.  Years later, he is still working with a handful of clients and is so happy he took the leap of faith for his second act.

Sometimes hobbies can lead to another career. Another client runs a pet care business out of her home. She takes in animals when she is not traveling and walks dogs, which she calls “paid exercise.” She also volunteers with several rescue groups, so her house is always full of wagging tails, and she is “never, ever lonely” despite being widowed for several decades.

A client with an engineering background had always loved musical instruments; his house is full of them, and you can see them as you walk in. When he retired, he started a band with some friends and they play paid gigs. He also has devoted much more time to learning the ukulele, something he had dabbled in over the years. He now teaches ukulele lessons as well.

Volunteering can be another way into a second career. I discuss retirement plans with clients as part of the financial planning process, since how they plan to fill their time is very important. Having meaning likewise helps to make a fulfilling retirement, so I highly recommend that people volunteer with an organization they are passionate about. I recommend doing something that has a regular commitment but offers flexibility if travel is an important part of one’s retirement vision.

Some clients serve on so many volunteer boards that they have created a new full-time career with these obligations. Side note: Make sure your liability coverage includes board coverage and check what liability coverage the board has for its members too.

I currently serve on the board for a local park with several retired members including a retired engineer (she is great at project management) and a retired executive assistant, who keeps us all in line and on task with her scheduling finesse.  The skills you develop during a working career are very valuable in many other arenas, and I love to see where clients land to achieve fulfillment.

Personally, I am fortunate to have a job I love which is fulfilling and has flexibility, which I sometimes need as a working mom.  Many people who are financial planners work well into their 70s and even into their 80s, and that is something I could see myself doing.

However, I am also a National Park addict and I dream of being a park ranger one day. Not the kind who scale mountains and rescue people from avalanches, but perhaps the one of those who give tours, lead talks or conduct Junior Ranger activities. While I don’t have any advanced science degrees, I have learned that the volunteer positions are less stringent in their requirements than paid positions at the parks.

Whenever we tour a park, I ask the older rangers about their career paths, so you never know.  My husband says he will drive the park bus so it might be the perfect retirement for us. As Walt Disney said, “If you can dream it, you can do it!”

Article is written by Lauren Gadkowski Lindsay, is a fee-only CFP licensee at Beacon Financial Planning in Houston, Texas. She can be reached at lauren@bfpcc.com.

Article is feature in Rethinking65: https://rethinking65.com/2021/09/30/maintaining-a-career-but-working-less-is-the-new-goal/